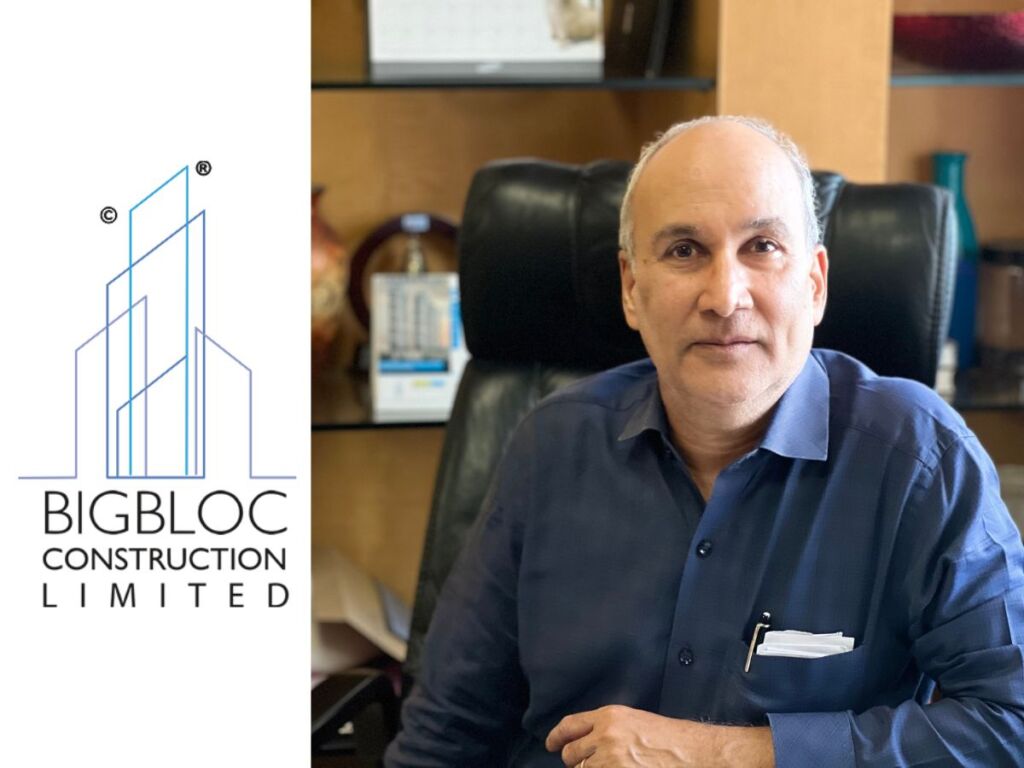 Setting up two greenfield plants with combined capacity of 8 lakh cubic meter per annum; To generate 2.5 to 3 lakh tons of carbon credits every year post expansion

Incorporated in 2015, BigBloc Construction Ltd is one of the largest and only listed company in the AAC Block Space with a capacity of 5.75 lakh cubic meter (cbm) per annum. Green and non-toxic building construction material, AAC blocks are economical, light weight, sound proof, fire resistance with superior build quality and saves energy, eco-friendly and economical too compared to the traditional bricks. It is the only company in this segment which generates carbon credits.

Commenting on the Performance, Mr. Narayan Saboo, Chairman & Managing Director, Bigbloc Construction Ltd said, “Company is growing from strength to strength and has delivered a robust operational and financial performance during December quarter with healthy growth in revenue, profitability. Company is progressing well with its expansion plans at Wada, Maharashtra and joint venture with SCG Group and committed to complete all projects on time. JV with SCG Group aims to share techno-commercial knowledge, promote mutual growth & cooperation in the construction industry and bring new age building materials to Indian markets. This expansion will help company to further penetrate its presence into untapped markets across the western regions and also make it the largest player in India. Strategic initiatives, operational efficiency with a vision for building a brand with innovative products are likely to contribute healthy growth and maximise value for all stakeholders in the near to medium term.”

During the quarter, joint venture company – Siam Cement Big Bloc Construction Technologies Pvt. Ltd acquired 60,000 sq mtr land at Kapadvanj, Khdea district near Ahmedabad, Gujarat. Company is setting up 3 lakh cubic meter per annum plant for ALC Panels and AAC Blocks. SCG is one of the largest cement and building material company in South East Asia and will hold 48% in the joint venture with 52% being held by Bigbloc Construction Limited. The plant is expected to start commercial production in Calendar Year 2023.

Company had achieved financial closure for Wada facility expansion in the month of July 2022. Total capex for the Wada project is estimated to be around Rs. 65 crore and company is eligible for 60% subsidy for the project. Company expects commercial operations from the Wada facility in the month of February 2023.

Use of AAC blocks in India is growing stupendously owing to increased awareness, growth in the infrastructure sector and preferences for low-cost houses amongst the builders and architects and several beneficial attributes over red clay and fly ash bricks. India is the second largest block manufacturer in the World after China. Indian AAC block Industry is almost entirely unorganised and has around 150-180 plant with large number of plants in Western India. Indian AAC blocks market is expected to grow to Rs.11,000 crore by 2027 with a CAGR of 14.3% during 2020-27. Read Time:6 Minute, 21 Second New Delhi (India), February 4: We caught up with Bollywood Actor and Writer, Aditya Prakash where he...